After almost 16 years, Fix Auto UK is proud to announce it finally has a presence in Northern Ireland with the appointment of Fix Auto Lagan Side.

Prolific repairer Greer Gardiner who runs the family-owned business in County Down, is the first in the region to officially join the network, ensuring that for the first time since the Fix Auto concept was brought from Canada to Britain in 2005, the network can be truly viewed as a complete, fully branded, UK-wide operation.

The business, which is currently known as Bodyworxni, is just 20 miles from the centre of Belfast and will operate as Fix Auto Lagan Side.

“This is another exciting milestone for the business,” said Ian Pugh, Fix Auto UK’s Managing Director, “We have often looked across the water at Northern Ireland with the hope of expanding and establishing the network there with a host of fully branded repair centres but, for whatever reason, we never made it happen. Until now.

“Thanks to Greer and his team who have totally embraced what Fix Auto UK brings to a business, we will now officially have a fully branded repair centre in Northern Ireland and that makes me extremely happy. Being able to expand our footprint into North Ireland and have a clear presence there starts a whole new and exciting chapter for us.”

Spanning more than two acres, the business consists of five separate workshops, three of which are used for collision repairs and include two spraybooths including one for high-sided LCVs. One of the units is used for MOT and mechanical repairs, the fifth houses a state-of-the-art alloy wheel refurbishment centre capable to repairing up to 800 wheels a month. Plans to develop a dedicated ADAS centre are also in the pipeline.

The site has a long and rich automotive history within the country. Originally formed as a new and used car sales operation by Greer’s father, Frank, more than 50 years ago, the site once housed several car marques including Mazda and Kia.

With foresight Frank, who is close on 80 and still runs a small used car sales service, expanded the business, firstly moving into mechanical repairs, servicing and MOTs and then, naturally, he created a collision and bodywork repair centre. Greer took over the reins in 2001 and then in 2013 rebranded the business to Bodyworxni.
“We are all about growing, expanding and development,” said Greer, “but in truth, I woke up to the fact that in order to meet our ambitions we needed help and support. Our reputation for repairing cars is second to none and its one we have built up through our retail work and our extensive contacts in car sales, trade work that includes supporting main dealers.

“I mentioned to our manager, Dave White, how I felt we needed to be part of something far, far bigger than ourselves and he mentioned Fix Auto UK having worked for a franchisee some time ago. I looked into it, made contact with the team and the rest is history.”

Greer added: “Knowing what I do now I still find it hard to believe we will be the first, fully branded, Fix Auto site in Northern Ireland and that makes me extremely proud.” 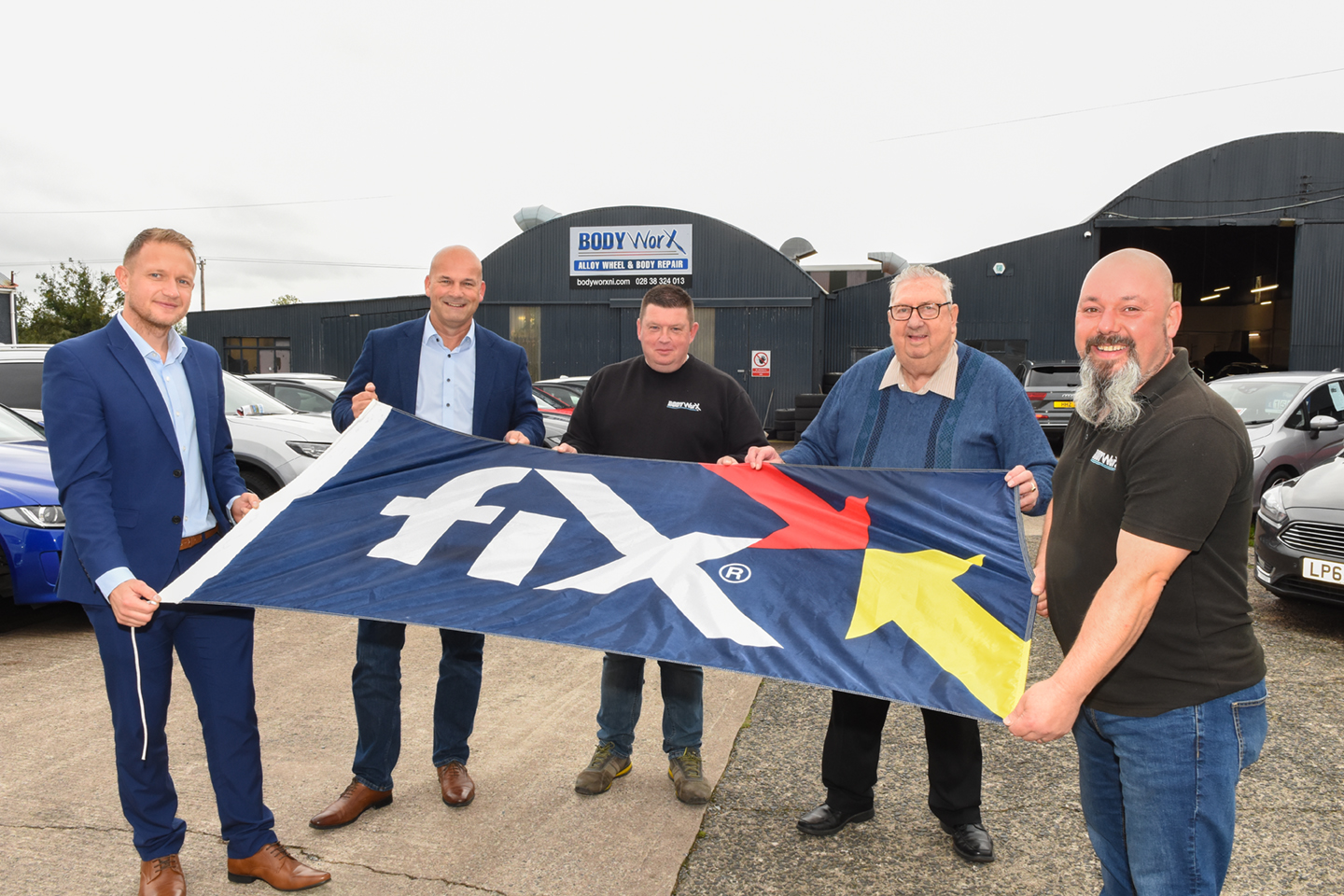