To cap a great night off for the network, Jade Rogers, of Fix Auto Weston-super-Mare, became the first woman in the 20-year history of the event to be named Bodyshop Manager of the Year, making it three awards out of four for Fix Auto sites and taking the number of major industry awards collected by the network to 18 in the past three years.

Fix Auto Swansea and Fix Auto Pontypridd were also finalists in the Small and Medium Bodyshop of the Year categories respectively.

With the historic Twickenham pitch providing an impressive backdrop, it was rather apt that former England captain Will Carling – who led England to numerous Triple Crown victories by defeating Wales, Scotland and Ireland in what was then the Five Nations Championship - was guest speaker for the evening which celebrated the industry’s outstanding achievers of the past year.

Shortly after being presented with her award, an overwhelmed Jade, said: “This means absolutely everything to me. I’m proof of what can be achieved from sheer hard work and dedication. I started out as one of the receptionists and here I am, the first woman to win the Bodyshop Manager of the Year. I can’t quite believe it.”

Jade, added: “While I have to thank everyone at Fix Auto Weston-super-Mare, particularly the business owner Tony Atkins, for all their support and belief in me, I also have to say a huge thank you to Louise Woolacott of Fix Auto Mid Devon for nominating me and encouraging me to go for this award in the first place.”

Commenting on winning the Small Bodyshop of the Year award, Fix Auto Rochester owner, Robert Dearnaley, said: “I’m just honoured. I’m privileged to have an incredible team in place. That’s why we won it. It’s all down to having a great team around you.”

Paul Cunningham, Commercial Director at Fix Auto Dagenham, said: “I’m just completely blown away by winning this award. We’ve been finalists a couple of times over recent years but to actually win the Large Bodyshop of the Year award is an incredible achievement for the whole team. They’ve worked tremendously hard and thoroughly deserve it.”

Ian Pugh, of Fix Auto UK, said: “To win three out of the four bodyshop-specific titles and have a finalist in the fourth is an outstanding achievement and a true reflection of the high calibre of businesses and people we have in our network.  I am delighted for all the finalists and winners, and these awards provide the perfect launch-pad for our Achieving Peak Performance conference in a fortnight’s time.” 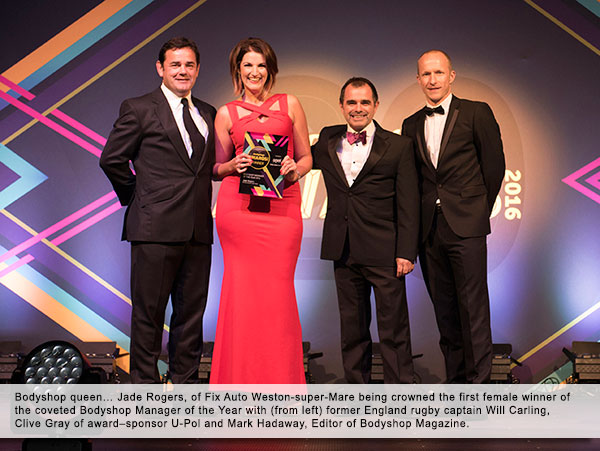 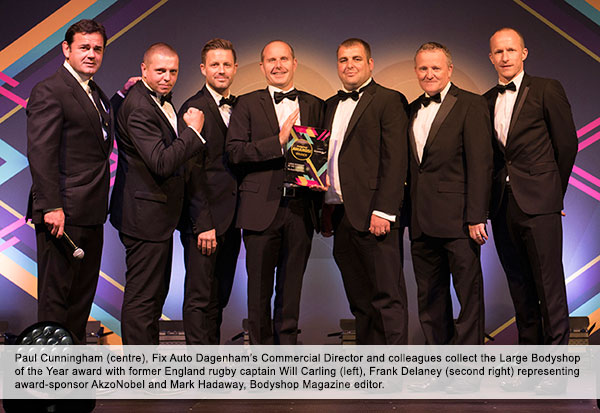