He said: “It was another incredible evening. To stand there and receive another trophy in front of so many industry peers was again a hugely humbling experience. I know I’ve said it before but our continued success is purely down to the hard work, determination and dedication of everyone around me here at Fix Auto Luton and I can’t thank the guys, along with everyone at Fix Auto UK and of course LV= enough for their continued support.”

Commenting on his award, Ian said: “While we have been nominated before, this is our first win at the BBAs. It was an extremely proud moment for us and one we intend to celebrate with all our staff. Our success is down to the entire team, from the person who takes the initial call to the delivery driver - we will be sharing it with them all.”

Fix Auto UK was also represented on the night by fellow finalists Fix Auto Dagenham in the Gallagher Bassett Best Customer Award, which they have won for the past two years, as well as the AutoRaise Repairer Supporting Apprenticeship Award. Fix Auto Lichfield were named as a BSI for Kitemark Excellence finalist and Fix Auto Blackburn were runners up in the Toyota Independent Bodyshop of the Year category.

Ian Pugh of Fix Auto UK said: “My congratulations go out to Mo, Ian, Karen and their teams - they really have done themselves and the entire network proud. Mo has now won an award at all of the recent industry awards ceremonies, including at the Fix Network World Global Conference – there’s no stopping him!”

He added: “Fix Auto UK was again heavily represented on the evening with several finalists in the running for numerous awards. I congratulate all for their continued drive and commitment to the continued success of our network.” 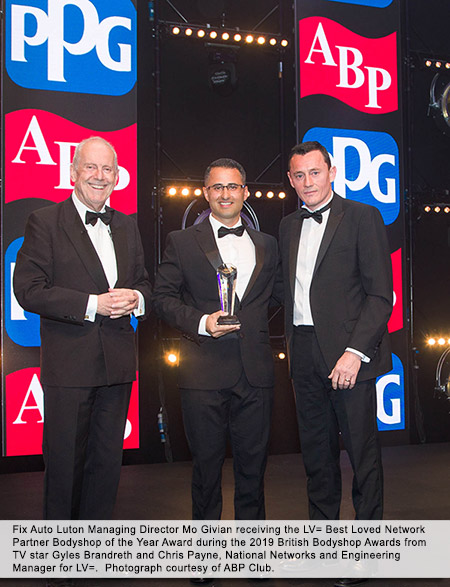 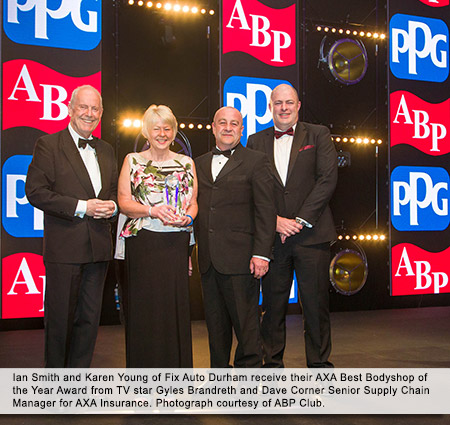