Fix Auto UK is continuing its support of championship-winning racer Jac Constable as he moves to compete in the Radical SR3 Challenge Championship for the 2019 season. The championship gets underway at Donington Park this weekend.

Large grids, close racing and mandatory pitstops, along with a mix of race formats involving both sprints and endurance tests, has made the Radical SR3 Challenge Championship one of the UK’s most hotly contested series which visits all of the UK’s most popular circuits along with Spa-Francorchamps in Belgium.

In addition to the Radical SR3 Challenge Championship, Jac will also be competing as part of a four-driver line-up in the VLN Endurance Championship staged over nine, four hour, races held at the Nürburgring in Germany giving additional exposure for Fix Auto UK.

Jac said: “I’m hugely excited to once again have Fix Auto UK on board. The support I have received over the past two years has been amazing, to have the organisation with me yet again in this new challenge I have set myself is a real boost.

“I have made no secret of my ambitions to compete in the GTs in the future. By racing the Radical SR3, I believe I will broaden my experience to help me make that step. The Radical SR3s are incredibly fast and nimble with aerodynamics that enable us to carry far more speed through corners than I’ve experienced before. The season ahead is going to be an exciting one!”

Ian Pugh of Fix Auto UK, said: “Jac has not only exceeded our expectations on the track but has been a fine ambassador for Fix Auto UK. He’s a firm favourite member of the Fix Auto UK family. He’s incredibly ambitious and aims to rise to the very top of the sport. I’m pleased we can play a further role in his career.” 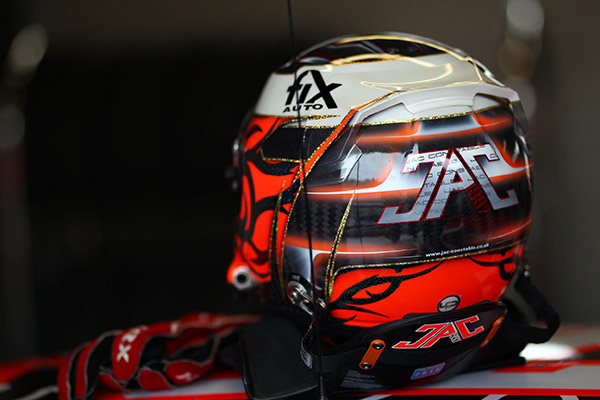