Owner Stuart Cameron stepped up on stage during the ceremony held at the West Midlands Safari Park near Bewdley, Worcestershire, to receive the honour and then received his second award of the evening, the Greener Bodyshop Silver Award, an accolade his business was awarded in 2019.

Fix Auto Mid Devon also had their push to be more eco-friendly recognised when they too were presented with the Green Bodyshop Silver Award.  Fix Auto Dagenham were also finalists on the evening in the Charity Award category.

“Receiving an award is always a proud moment for any business owner,” said Stuart, “but being recognised by the industry for our green credentials takes that pride to another level.

“I am extremely fortunate that my entire team at Fix Auto Penzance have truly bought into the necessity to operate as ecologically-friendly as possible. I have invested heavily to ensure our goal of being carbon neutral and while we have succeeded, we are not resting on our laurels as we are constantly looking at our operation and our processes to see how we can implement further improvements.”

Chris Weeks, Director of the NBRA, said: “I just wanted to say a huge congratulations to Fix Auto Penzance on their Carbon Footprint Independent Garage win on Thursday night at our GBSAs.

“There were lots of entries for this award and we had a strict judging panel made up of sponsors.  This award reflects Fix Auto Penzance’s journey to PAS2060 and their impressive CO2/tonne/repair improvement!

“Well done guys - keep it up because the competition will be tougher in 2022!” 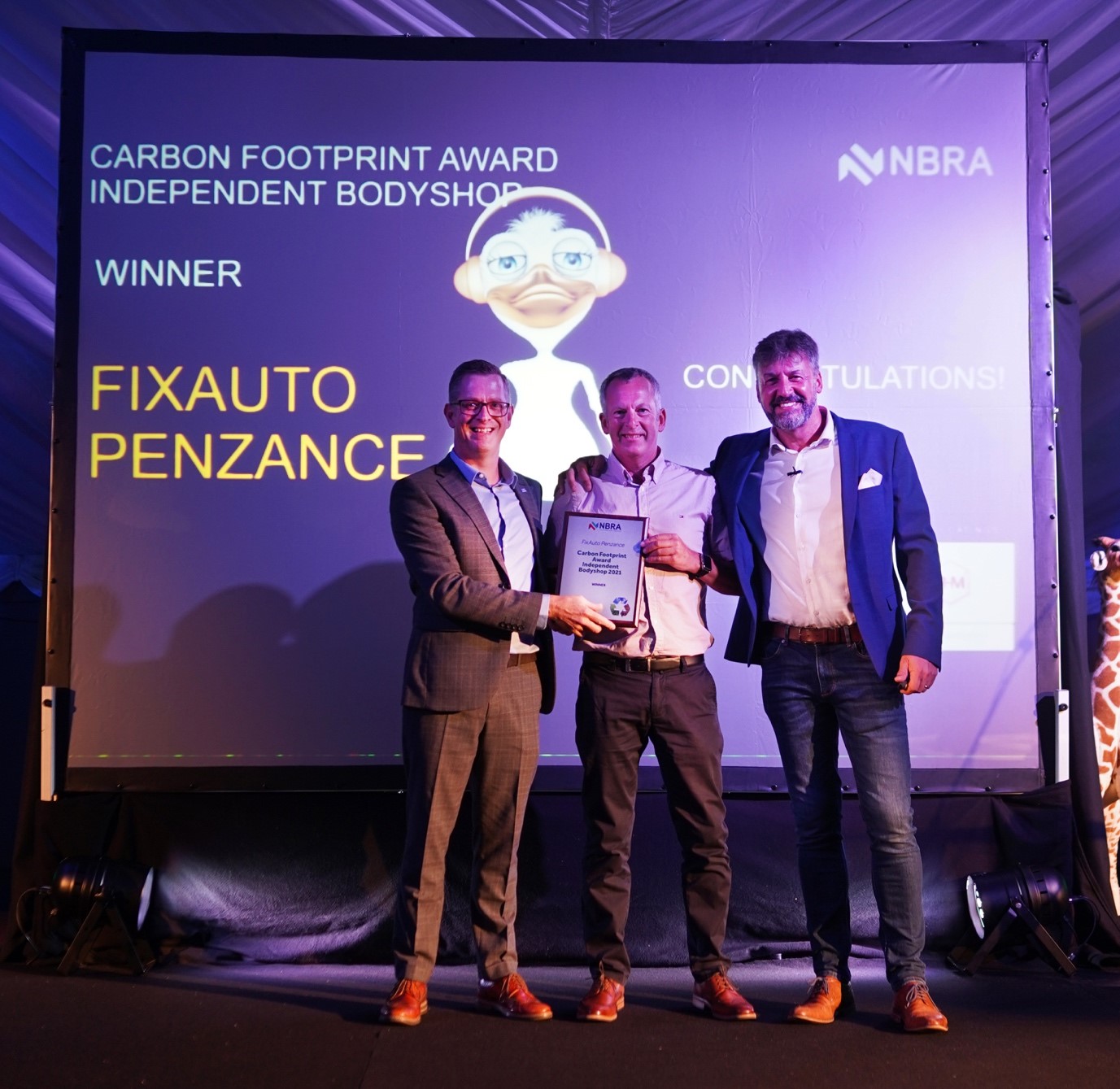 · Fix Auto UK is part of a global franchised network of more than 786 bodyshops.