It was a successful evening at the recent Bodyshop Live! Awards for the Fix Auto UK network.

In addition, Fix Auto Dagenham’s technicians Chris Worsell and Luigi Morotti were also named alongside Fix Auto UK’s Marketing Manager Milly Bartholomew and Nick Brown from Fix Auto Penzance for their achievements in the industry. They were each presented with their 30 under 30 Rising Stars awards.

Fix Auto Dagenham’s Commercial Director Paul Cunningham said: “What an achievement, because of the high calibre of our fellow finalists, I really didn’t think we would win one award let alone two. It truly is fantastic for both ourselves and for Fix Auto UK.”

He added: “I am truly delighted for Scott - he has worked tirelessly for us since he joined the team seven years ago as a VDA. He’s embraced all we have asked of him and more. As for Chris and Luigi, being recognised as two of the 30 under 30 industry Rising Stars is impressive.”

Commenting on this, Dave Willett of Fix Auto Stoke-On-Trent said: “We were all bowled over, completely taken by surprise. Everyone knows the challenges we have faced in the past couple of years, but this award is testament to the loyalty and commitment of the entire team who immediately pulled together to ensure that all our businesses continued to thrive, both in terms of turnover and operational performance.  This award is for everyone at Fix Auto Stoke-on-Trent and Fix Auto North Staffordshire for their dedication and commitment. It is also a sure indication that we have the right structure and business practices in place.”

Fix Auto UK’s Ian Pugh said: “This has been another industry awards ceremony where the Fix Auto UK network did a fantastic job. I am truly proud of all of our recipients. Fix Auto Dagenham, our network’s first repair centre has been a production line of success over the years and I congratulate the entire team.”

Ian added: “The Special Recognition Award for Mick Whitehead’s leadership team is so rightfully deserved. With their passion, hard work and determination, they have maintained a first-class bodyshop operation in readiness for Mick’s return.

“Our success at the Bodyshop Live! event was rounded off with the presentation of the 30 Under 30 Rising Starts trophies to four Fix Auto UK family members.  I was proud to be there to see Chris, Luigi, Milly and Nick collect their awards.  People like this really do represent the future of our industry. Well done everyone!” 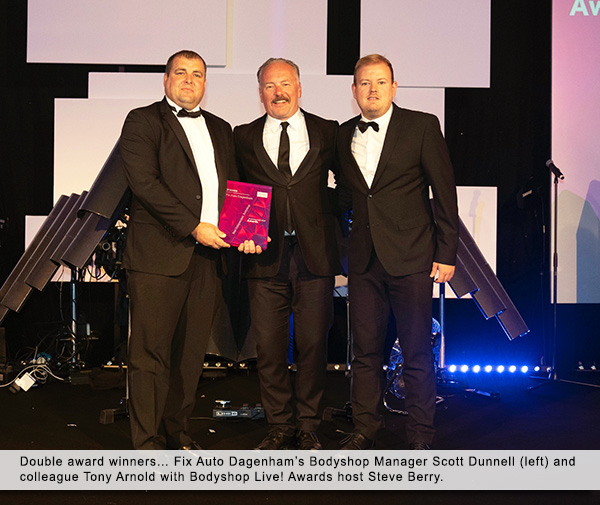 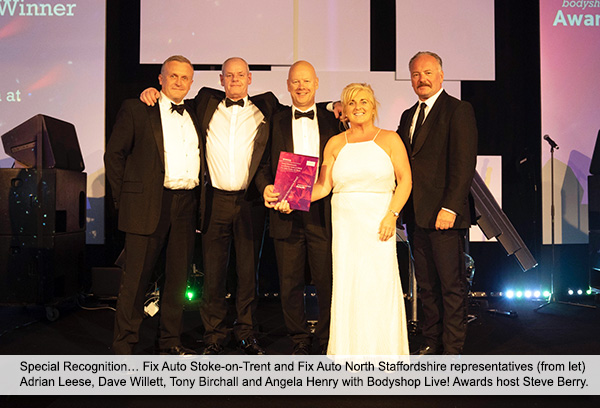