The result of a major £400,000 investment, the duo have created a repair centre with four times the workspace than their previous site and, once fully operational with additional staff recruited, will have the capacity to repair more than 250 vehicles a month.

The new centre, positioned close to the town’s main retail park and arterial road leading to the motorway network, holds 25 work bays and will also see the introduction of an MOT service station. The development has been two years in the planning and comes exactly four years since Kieran and Andrew joined the network.

Central to the new site will be two spraybooths positioned to ensure a seamless circular workflow to ensure maximum efficiency.  When fully operational and their current recruitment drive which will double their workforce is complete, productivity will surpass 200 vehicles a month, a significant increase over the 50 vehicles a month the business is currently capable of achieving.

Commenting on the announcement, Andrew said: “After all the conversations, planning and countless hours ploughed into making this development happen, to actually see vehicles roll into the new building and worked on was a truly monumental moment for the business.

“When we joined Fix Auto UK in July 2018, we went on record saying we wanted to take the business to another level and establish it as the premier repair centre for the region. We have always been ambitious but there’s no doubt that those ambitions have been accelerated because of the support, guidance and confidence we have received from the network.

“It soon became apparent after joining that those ambitions were being stifled by our old building. Today, we have not only safeguarded our operation but have elevated it to a whole new level.”

Kieran added: “This is an extremely proud moment for me. The business is light years away from the one I started alongside my father in 2009. We said then that we wanted to be the region’s leading repair centre. While we have long held the skills and talent to be among the best in the business, today I can honestly say our building and facilities match that talent and so, in my mind, elevates us to that top spot!”

Mark Hutchins, Head of Commercial for Fix Auto UK who, under his previous Business Manager’s role, recruited Kieran and Andrew, was there to see the first vehicles being repaired. He said: “This is truly a momentous occasion.  It feels like only yesterday that I first approached Kieran and Andrew about joining the network. Kieran’s reputation as a repairer was second to none, locally, and together he and Andrew had high ambitions for where they wanted to take the business.

“Exactly four years to the week that they joined us I’m standing in what I can only describe as a prestigious flagship repair centre with a capacity to repair five times the number than they were previously able to complete.   It has been made possible by sheer hard work, commitment and dedication by the team here underpinned by the business and repair support we provide. Both Kieran and Andrew are a credit to the network.” 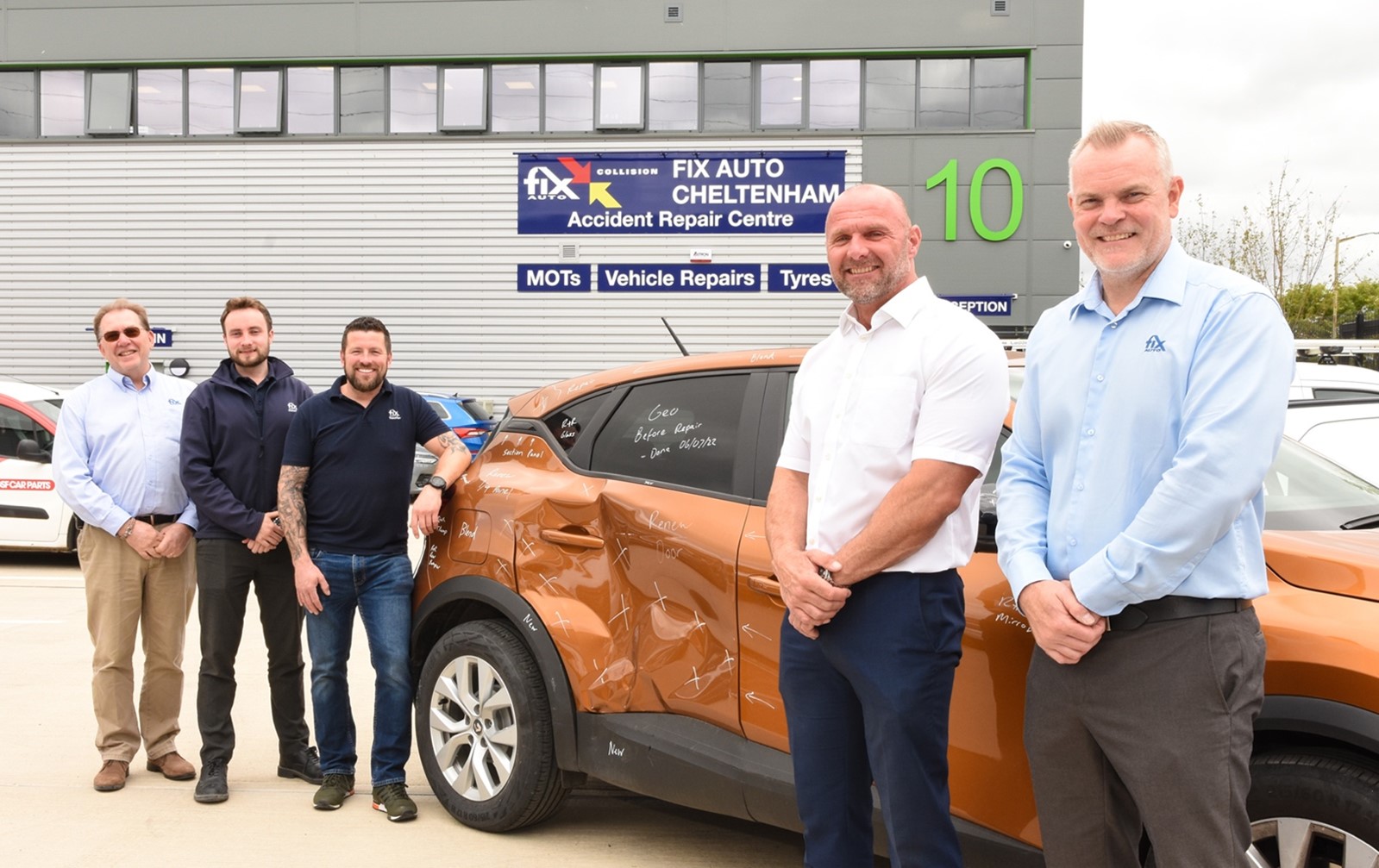