CLASSIC MINI OFF TO SUCCESSFUL START

In October we announced our sponsorship of the classic 1963 Mini Cooper driven by Phil Harris, the principal at Harris & Co Accountants. Phil returns to rally car racing in a car he's owned since 1976, after a 25 year hiatus to focus on his business.

After huge success in the 2015 campaign, Phil announced he is competing with the Mini in the Mintex MSA British Historic Rally Championship 2016.

Ian Pugh of Fix Auto UK previously stated “the car has been extremely successful, with four class wins out of four and, as a leader in the automotive repair business, it’s a great way for us to display our own philosophy.”

The Red Kite Stages kicked off yesterday in Llandovery, Wales and in difficult, slippery conditions they brought home a 1st in Class and 3rd in Category 1 (pre-1968 cars). This result means 7 class wins in a row for the Harris & Co team! 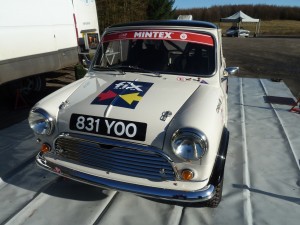 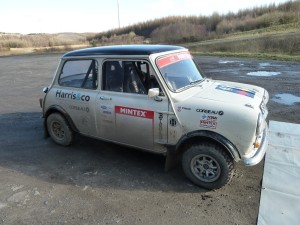 The remaining Championship dates are below: