ANOTHER NIGHT OF CELEBRATION FOR FIX AUTO UK

For the third successive year Fix Auto UK experienced the sweet taste of success during the prestigious Bodyshop Magazine Bodyshop of the Year Awards.

Incredibly, less than two years after first opening its doors for business, Fix Auto Pontypridd was crowned Small Bodyshop of the Year during the glitzy ceremony held at the Celtic Manor Hotel, South Wales, on Friday, September 25,

Bodyshop Manager Paul Bailey was joined on staged by fellow Fix Auto Pontypridd team members to collect the award from by Donna Lancett, Sales Manager for Autoflow, who sponsored the category.

While Fix Auto Dagenham had to settle for second place in the Large Bodyshop of the Year category, Director Chris Oliver, the network’s first ever franchisee, was awarded the coveted Outstanding Achievement Award, collected by his co-director Paul Cunningham on his behalf.

Fix Auto Pontypridd owner, Steve Peart, said: “Being named as the Small Bodyshop of the Year is truly fantastic and completes what has been a phenomenal journey so far for Fix Auto Pontypridd. The credit, really, goes to the entire team at Pontypridd. Everyone involved has worked tremendously hard since before we opened our doors and continue to do so and for that, I am truly grateful.”

Paul Cunningham, Commercial Director for Fix Auto Dagenham, said: “While we were obviously disappointed at not winning the Large Bodyshop of the Year award, being named as a finalist and in effect being placed among the top five bodyshops in the country is still an outstanding achievement and one we will be celebrating.”

With regards to the award bestowed upon Chris, he added: “It was a complete surprise to us all. Unfortunately, Chris could not be there on the evening but it gave me great honour to collect it on his behalf.”

Ian Pugh, of Fix Auto UK, said: “Once again, we have experienced another prestigious industry awards event whereby Fix Auto UK franchisees have brought honour to the network. While being named as a finalist is an accolade in itself, actually successfully going that extra step and being named as a Bodyshop of the Year as Fix Auto Pontypridd after less than two years in operation is truly inspirational.”

A spokesman for the Bodyshop Awards Jury, said: “The Outstanding Achievement Award once again recognises an unsung hero of the repair industry, Chris Oliver of Fix Auto Dagenham.

“Chris is committed to the continued elevation and rightful recognition of the bodyshop sector – and his enthusiasm for such is infectious. His desire to ‘do the right thing’ sees him involved in various inspiring initiatives to promote true partnership approaches. Chris has a true passion for securing a business environment in which all stakeholders within the accident repair sector can attract the right people, continue to raise standards and prosper for the future.” 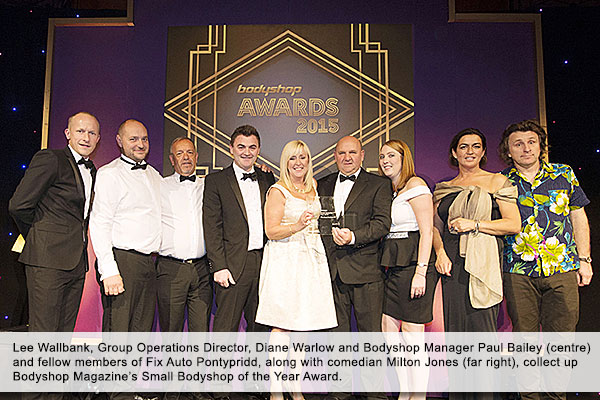 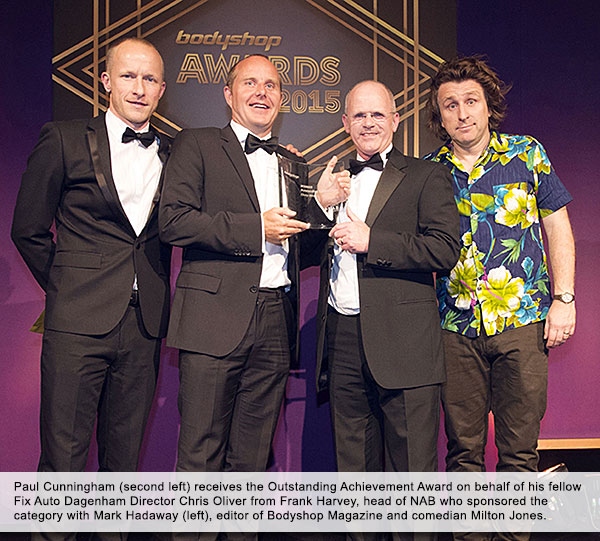