Lieberman brings significant experience as both outside and in-house legal counsel to Fix Auto World. This newly created position sees him working collaboratively with cross-functional business teams and stakeholders in the organization. He will collaborate internally on corporate affairs and in an advisory capacity supporting the group’s multiple global brands. “Jeff’s extensive experience will serve him well in working strategically with cross-functional business teams in our fast-paced, dynamic environment. He’s a great addition to our leadership team,” said Hogg.

Lieberman will oversee global legal affairs for all of Fix Auto World’s brands, including Fix Auto, NOVUS Glass and Speedy Auto Service. In this new role created to support the organization’s global growth, he will be involved in the network’s critical business initiatives including acquisitions, growth of existing territories and expansion into new markets. He will also be working closely with key internal teams to support and coordinate the valued relationships with the network’s franchisees, suppliers, insurance and fleet accounts. “The addition of Jeff to our team reflects the strategic direction of Fix Auto World as we continue to grow and adapt to the changing automotive aftermarket landscape,” continued Hogg. “Jeff’s knowledge will undoubtedly be an asset to our organization.”

“I am excited to join an organization that represents innovation and success in the automotive aftermarket industry around the world,” said Lieberman, “I’m very much looking forward to being part of the momentum of the talented Fix Auto World team.” 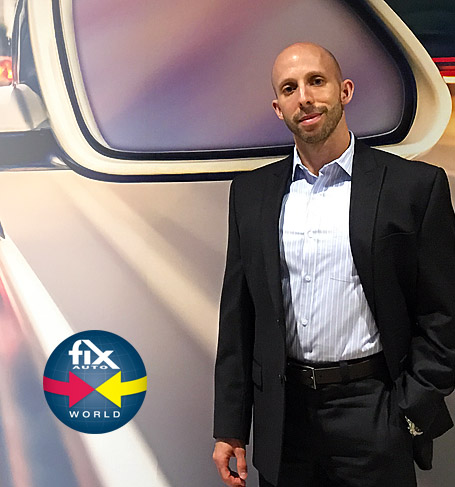