Fix Auto UK’s coverage in Scotland and North West England has stepped up a gear with the appointment of two new franchisees.

Collectively, the two sites will bring an additional 26,000 sq ft of bodyshop capacity to the network.

Fix Auto Carlisle, which has been managed by Angela Thompson - whose father started the business during the early 1990’s - for the past 10 years and boasts an impressive vehicle manufacturer approval portfolio including Ford, VAG, Nissan, Renault, Dacia, Toyota and Lexus.

William Paton, alongside his sister Jill, are the third generation of Patons to run the family-owned Fix Auto Glasgow East. The business was started by his grandfather, John, during the early 1960’s.

Ian Pugh, of Fix Auto UK, said: “We have been steadily working hard to develop our proposition in Scotland and on the borders. This double appointment is another great step forward for our coverage, with Carlisle knitting our English and Scottish networks together nicely.  We expect to announce further appointments to complement these shortly.” 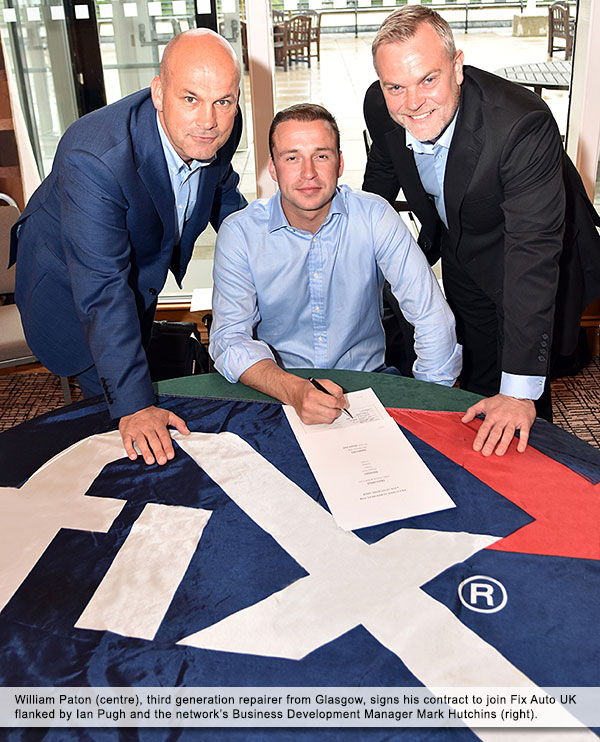