Fix Auto UK has signed one of the greatest leaders in world sport, with a proven track record of Achieving Peak Performance, as the headline speaker for its two-day National Conference this October.

The network says it has scored the ultimate ‘winner’ by appointing sports coaching legend Sir Clive Woodward, who steered England’s rugby team to its historic World Club victory in 2003, to deliver a keynote speech during its two-day 'Achieving Peak Performance' Conference which will once again be held at St George’s Park, the prestigious English FA's National Football Centre between October 10th and 12th.

Since the historic World Cup victory, Sir Clive has since held various senior posts in world sport including Team GB’s Director of Sport for three Olympic games including London 2012, which saw the home nation record its greatest ever overall performance.

Fix Auto UK's Ian Pugh said: “Every year we aim to put on an inspirational Conference for our network, insurer clients and sponsor partners, and 2016 will be no exception. Our theme this year is Achieving Peak Performance and who better to speak about this than Sir Clive Woodward. This is a man who not only steered England on to win the Rugby World Cup, but also ensured our national team won every major trophy available, elevated it to the undisputed world number one status and who was integral to Great Britain’s phenomenal success during the London Olympics.

“We aimed for the best and, I’m thrilled to say, we have secured someone who I believe to be one of the world's best when it comes to Achieving Peak Performance.” 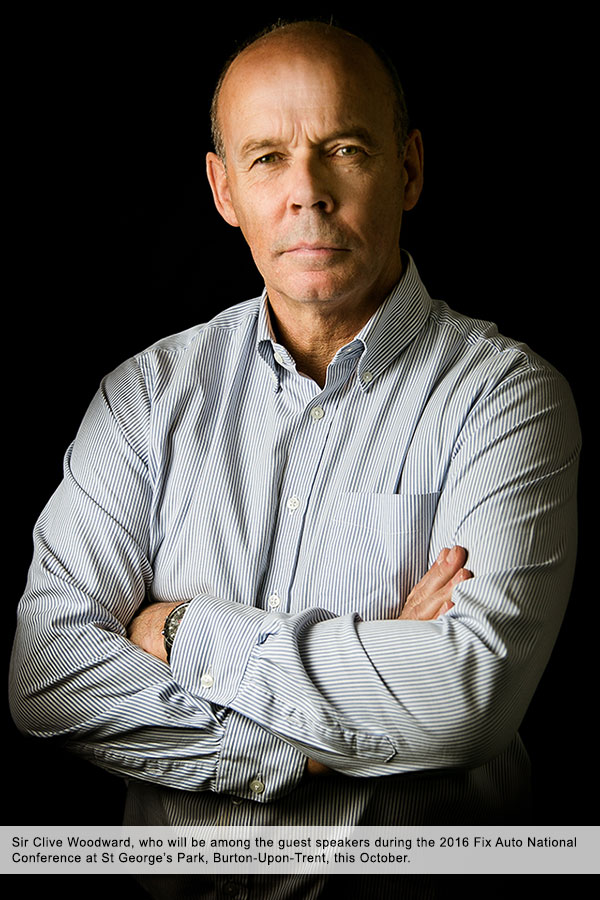 · Fix Auto UK is part of a global franchised network of more than 400 bodyshops.