The annual British Bodyshop Awards provided another award-winning evening for Fix Auto UK, with the network being presented with three accolades during the prestigious event.

The names of Fix Auto Henley-on-Thames, Fix Auto Stoke-on-Trent and Fix Auto Wrexham rang out during the glitzy ceremony held at the Battersea Evolution in London, hosted by TV personality Zoe Ball, in front of more than 800 people from the bodyshop, manufacturer and insurance sectors.  To cap off a great night for the network, Fix Auto UK was also “highly commended” by Covéa Insurance in the insurer’s Repairer of the Year award.

Seven months after changing careers and joining Fix Auto Henley-on-Thames, receptionist Karen Thatcher was rewarded for her ‘above the call of duty’ attitude when she received the Direct Line Group Best for Customer Individual of the Year.  A stunned Karen, said: “To be nominated for a national award, so soon after joining the industry, was an honour in itself but to actually win is thrilling. I can’t quite believe it.”

Jamie Butler, Fix Auto Henley-on-Thames’ managing director, added: “Karen has been a revelation since joining us seven months ago. Her ethos is that she likes to speak and treat customers as if they were her parents.”

Mick Whitehead, owner of Fix Auto Stoke-on-Trent, was presented with the Gallagher Bassett Best in Customer Service Award, and took to the stage with his team.

Mick, said: “Winning an award is always a delight but this one goes a long way to recognising our front of house teams led by Angela Henry at both Fix Auto Stoke-on-Trent and Fix Auto North Staffordshire. These guys constantly deliver the highest levels of customer service possible and for that I am truly grateful.”

The evening also belonged to Fix Auto Wrexham.  Little over 12 months since first opening its doors for business, the franchisee won Fix Auto UK’s own coveted Cycle Time Performance Award, which is based on 2015 performance metrics including cycle time, cycle time frequency, key-to-key time and hours worked per day.

Shortly after being presented with the award, Lee Hitch, Managing Director for Fix Auto Wrexham, said: “When we first tabled the notion of opening a new site in Wrexham we did so with the idea of creating a purpose built centre to enable us to repair vehicles as quickly and efficiently as possible. To receive an award which recognises just that, just a year on from completing our first repair, is an incredible achievement and crowns off what has been a phenomenal year for our business.”

Lee, who collected the award alongside his Bodyshop Director Richard Edwards and Bodyshop Manager Shane Price, added: “Standing there on stage in front of so many friends, colleagues and peers from throughout the industry was overwhelming. But it would not have been made possible without the teams from both Fix Auto Wrexham and our parent site, Fix Auto Oswestry.  I just wish everyone involved could have been there alongside Richard, Shane and myself because this award is for each and every one of them.”

Ian Pugh of Fix Auto UK, said: “Once again the British Bodyshop Awards proved to be another hugely successful evening for Fix Auto UK.  It was another occasion which made me proud to head up the network and it is great to celebrate what has been a terrific 12 months for the whole network.” 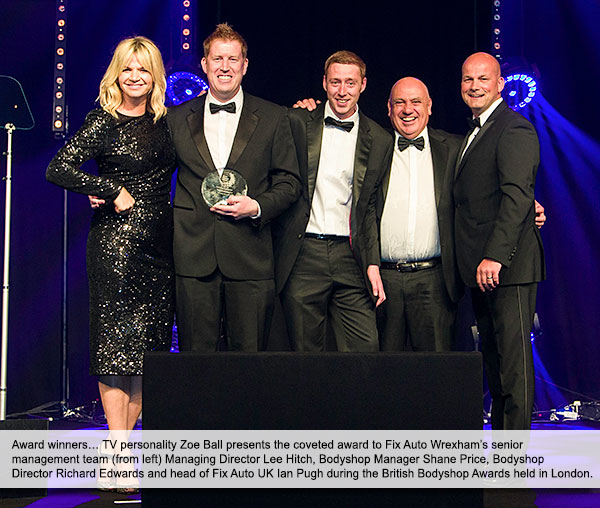 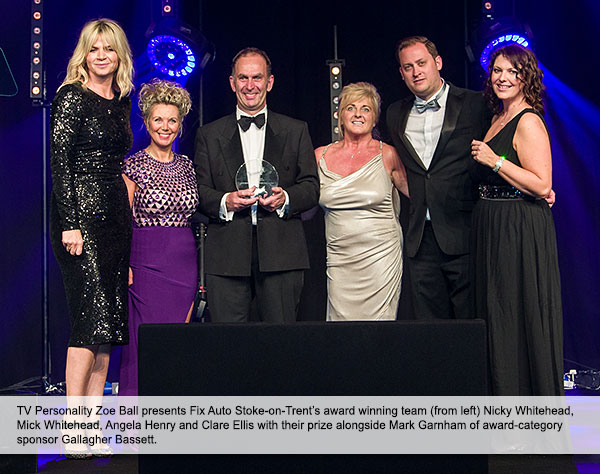 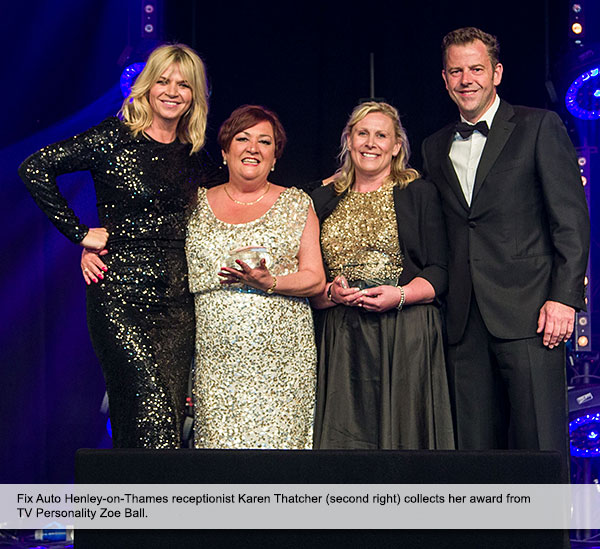