Moments after the bodyshop’s trainee spray-painter Adam Wilson was heralded as a “model apprentice” when he was named the Automotive Apprentice of the Year by South and City College of Birmingham, the bodyshop’s Operations Director Ben Healey was stunned when his business was named as the College’s Small and Medium Enterprise Apprentice Employer of the Year.

Both men were called onto the stage at the prestigious Macdonald Burlington Hotel to collect their awards in front of a host of local dignitaries and business leaders on Friday, March 11.

A surprised Ben, said: “I was absolutely delighted for Adam. He was up against some strong competition from other apprentices from all over the city. It really was a wonderful win for him and thoroughly deserved. He’s a superb guy who has seized his opportunity since joining the team here. He’s a real credit to himself and to the business.”

Ben, who has employed four apprentices since turning to South and City College for talent 18 months ago, added: “While I was hopeful for Adam, I had absolutely no idea I was in the running for an award so you can image my surprise and delight at being named as the College’s Small and Medium Enterprise Apprentice Employer of the Year. It really is a honour, not just for me personally, but for Fix Auto Birmingham East as a company and the vehicle repair sector as a whole.”

Adam, who started his studies at a college in Coventry but transferred to South and City College of Birmingham to further advance his studies and skills, added: “I can’t quite believe it, I’ve never won anything before. I’m really shocked. To say I’m pleased is an understatement.”

Chris Hayden, Business Consultant at South and City College Birmingham, said: “Fix Auto Birmingham East is a well-established motor vehicle maintenance and repair company that has supported our students in obtaining apprenticeship opportunities within their organisation.

“The company continues to offer excellent support and opportunities to students which enable them to have the best possible experience and skills within the industry and secure long term, permanent jobs within the company.

“Ben truly believes in the benefits of investing in young, local students to enrich their workforce and the company continues to invest in South and City College Birmingham.”

Mr Hayden, added: “Adam’s timekeeping and attendance both at work and college are excellent.  He’s always keen to learn new skills and has a great work ethic.  He is always willing to help others and learns from his mistakes. He is the model apprentice”. 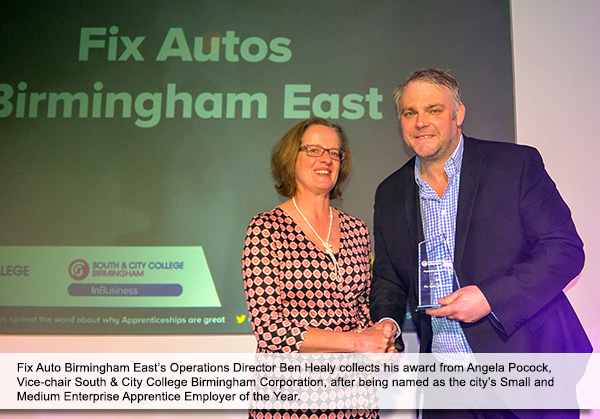 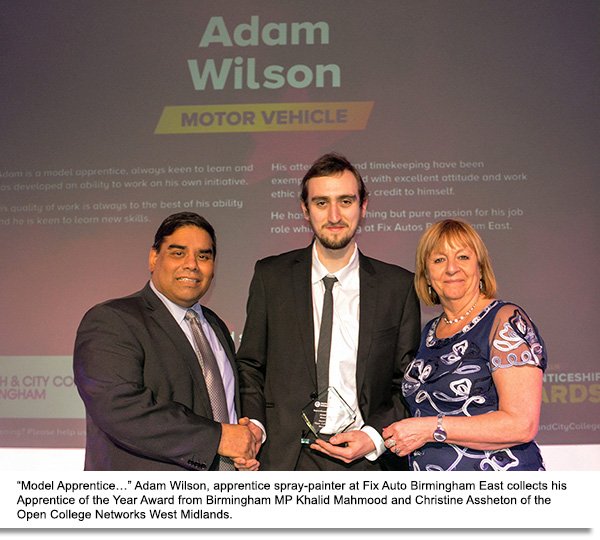 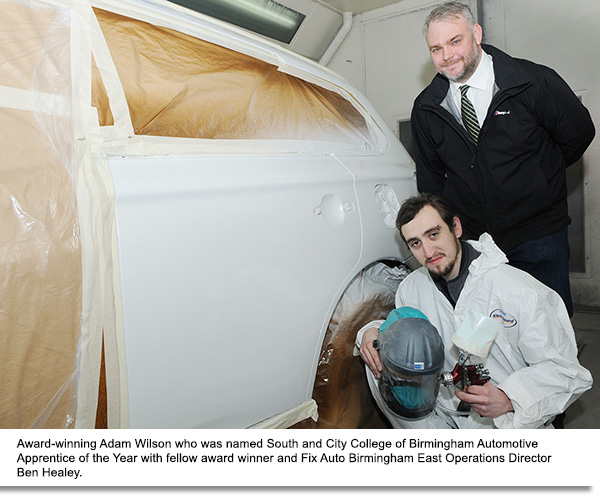